The recent news from the Department of Justice that the Trump Administration will not be pursuing the citizenship question on the 2020 Census should be welcome news to all that serve arts, culture, and heritage institutions. Notwithstanding the net-positive contributions undocumented immigrants bring to the U.S. Treasury through the taxes they pay each year, the Administration’s acquiescence to the Supreme Court is a win for public engagement. 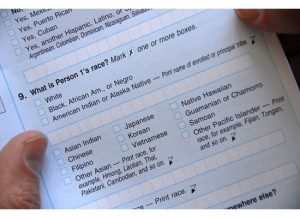 In planning for future demographic growth in the arts, culture, and heritage sector, as practitioners, we should all breathe a sigh of relief. According to Partners for Livable Communities’ groundbreaking report Culture Connects All (2011):

In the next two decades, the number of adults age 65 and older in the United States will double to more than 70 million [also holding true for] the immigrant population: between 1990 and 2007, the foreign-born population increased from 19.8 million to 37.9 million, a trend projected to continue. Immigrants now account for one in eight U.S. residents, the highest level in 80 years (11).

This upward and younger population growth when taken with the demographic slowing and older baby boomer generation, traditionally the backbone of American museumgoers, should be encouraged by U.S. immigration policy, not stymied. According to the (former) American Association of Museums, Center for the Future of Museums 2010 report, Demographic Transformation and the Future of Museums,

In general, art museum and gallery attendance held steady over the 25 years of NEA data— though it is troubling to note that the percentage of adults age 45–54 (traditionally the core audience of museum-goers) dropped from 32.9 percent to 23.3 percent between 2002 and 2008 (9).

In short, immigrants – whether documented or undocumented – are the bottom-line answer to the business realities of the not-for-profit arts and culture sector. A U.S. without 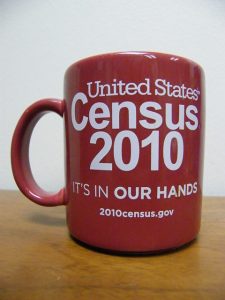 immigrants (including green-card holders), is a country without sustainable museum and arts, culture, and heritage institutions. Moreover, if we undercut counting these individuals for the Census, we undercut opportunity for museums to answer the pressing demographic cliff of audience growth and public engagement.

As we fill out our census forms, now to be printed in earnest, let’s remember that the grand American experiment is only enhanced when more people can both see and share our American culture, no matter one’s background. To think otherwise is a dereliction of demographic and economic reality as well as a dereliction of our prized democratic duty to create opportunity for all.

The images above are taken from the Creative Commons.

Consider visiting or moving to these affordable, walkable, and (in many cases) underrated spots 🧵
View on Twitter
178
0

Resilient Heritage Retweeted · V. Mitch McEwen
@mitchmcewen
In the Americas we are choosing total climate crisis because our entire politics is built around the notion that it takes 'a long time' to dismantle white supremacy.
View on Twitter
27
0

Resilient Heritage Retweeted · Charles Я. Davis
@charliearchy
The daughter of Putin's chief propagandist called me from Moscow to complain about being sanctioned by the US. https://t.co/ckvSKkkMQ9
View on Twitter
2793
0